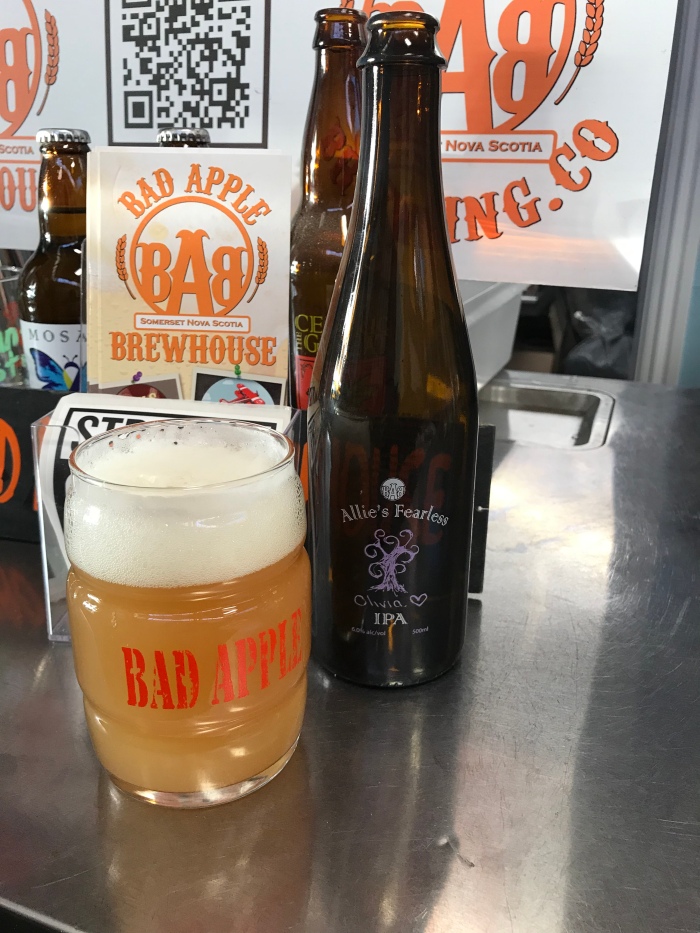 Allie’s Fearless IPA is no longer just a concept being bantered back and forth – it is ready for release to the public!

After about a year of discussion with Jeff Saunders of Bad Apple Brewhouse from Somerset, Nova Scotia about the style, the ingredients and the overall concept, an amazing beer has been created! Allie’s Fearless IPA is just as unique and creative and fun as Liv!

This limited release American style IPA is being described as having “the nose of Five Alive, the mouth feel of a citrus burst leaning toward grapefruit with a slightly bitter after finish. It’s a hybrid cross between a New England IPA and a West Coast IPA.” And if that description wasn’t enough to make you want to try it, we were told it is “one of the best and most unique beers ever” by someone who has sampled some already!

Allie’s Fearless IPA is available at the Bad Apple Brewhouse in Somerset (just outside Berwick), The Core in Wolfville for $7.50 a bottle (only 400 bottles).

Allie’s Fearless IPA will be on tap at Jamieson’s Irish House ($1.00 from each pour is being donated back to Liv’s Trust) and Battery Park in Dartmouth, along with Stillwell Beer Bar in Halifax. As well, Freeman’s Little New York in Halifax had a special request to have the IPA on tap for a special event for December 20!

A very special thank you goes out to Jeff Saunders and Bad Apple Brewhouse for creating something extraordinary and for always supporting the work we do at the Olivia Jollota Memorial Trust! We would also like to take a moment to thank Tom Adams at Jym Line Glassware for the incredible custom screen printed bottles featuring Olivia’s Signature Tree that will become a keepsake for most who purchase the bottle. Thank you to the Maritime Beer Report and Atlantic Canadian Beer Blog for featuring Allie’s Fearless IPA on their beer blogs this week.

Olivia is truly being honoured 💜 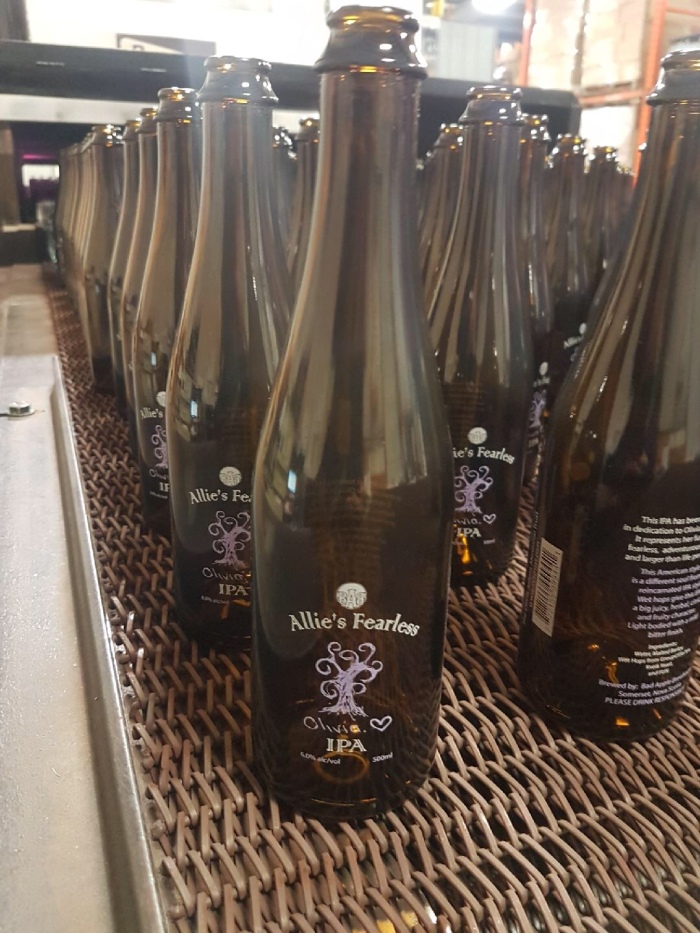